Transactional Analysis – discovering ego states and interactions with others

Eric Berne (1910-1970) studied psychiatry and psychoanalysis at Yale, and over the course of time he found himself in conflict with traditional psychoanalytic theories, prompting him to create an alternative model of human behaviour called Transactional Analysis. Berne introduced the concept of three ego states existing within the personality – Parent, Adult and Child to analyse social relations and communications with individuals, groups, couples and families.

Intra-actional Analysis proposes that the outer world is a reflection of our inner world, and that any desired changes in the outer world such as, relationship changes, for example, will not sustain unless the changes occur within the inner world first. In an overall sense then, while Transactional Analysis is focused upon identification and modification of the various games placed between individual groups and families, Intra-actional Analysis is exclusively concerned with the relationships within and the inner games played by the individual within themselves.

A primary part of self discovery, understanding and acceptance is to discover your vocational personality and your vocational direction to bring greater meaning, purpose and satisfaction to your life. ePsychology Australia with Open Source Psychometrics Project has over 30 free online tests providing instant results across many different functional areas including, personality, vocational, well being and abilities, as well as the Career Assessment Package which incorporates the world’s best practice vocational test, the Jackson Vocational Interest Survey and the Personality Research Form. The results are analysed and interpreted by Vocational Psychologist, Charles Lucas and a report will be forwarded to you within five business days, along with subsequent follow-up if needed.

Resources to help you learn more about depression, anxiety and the mood disorders, which combined, have overtaken physical complaints as the most likely reason people present to their GP. Learn about how to identify, treat and manage these conditions through mindfulness meditation, cognitive behaviour therapies and the etherapies, which include the online interventions for mental disorders. Forty-five percent of Australians will experience mental disorder within their lifetime and so few, comparatively, seek treatment for their suffering. The etherapies are perfectly positioned to reach out to those people who, for whatever reason, find it difficult to attend a psychologist.
Read More

ePsychology compliments the face-to-face delivery of psychology services and provides an additional resource for the promotion of well being and the understanding of human behaviour. Learn about the inner journey and the journey to self discovery. 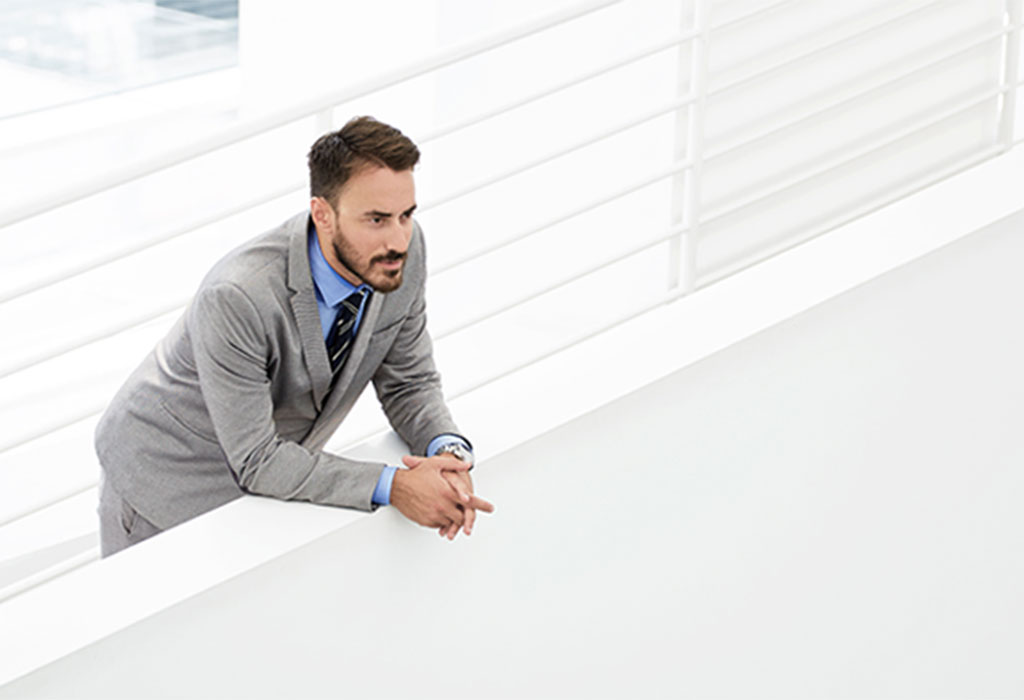 Australians who will experience depression

Australians who will experience Bipolar 1

Australians who attempt suicide each year

Those who do not seek treatment0%

Australians will die by suicide daily

Australians who will suffer mental illness in their lifetime.0%

Depression, anxiety and mood disorders are now the most common presentations to doctors 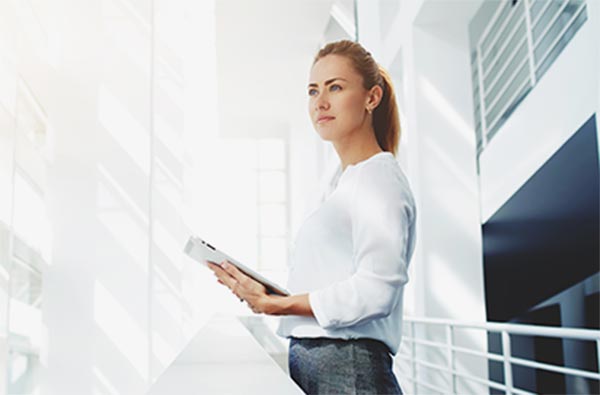 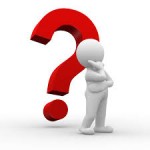 Psychology is the scientific study of the mind and behaviour and a multifaceted discipline which involves many different sub-fields including, human development, educational, organisational, forensic, sports, health, clinical, social behaviour and cognitive processes. Most of the advances in Psychology have occurred over the last one hundred and fifty years and it’s origins can be traced back to the philosophers in ancient Greece, around 400 – 500 years BC, including, Socrates (470 BC – 399 BC), Plato (428/427 BC – 348/347 BC), and Aristotle (384 BC – 322 BC). They discussed topics such as ,memory, free will vs determinism and nature vs nurture which still hold the focus of psychologists today. In the early times of Psychology there existed two main theoretical perspectives concerning how the brain functioned. These approaches included Structuralism and Functionalism.

Structuralism was pioneered by Wilheim Wundt (1832-1920), and the theory concerned the reduction of all mental processes to the most basic components. The emphasis of Structuralism was about objective measurement and control, and this was achieved through trained introspection in which subjects related what they were thinking about while they were performing specific tasks.

However, introspection proved to be an unreliable method because there was too much individual variation in the experiences and reports of research subjects.
Wundt opened the first laboratory dedicated to psychology in 1879.

William James, an American Psychologist (1842-1910) developed Functionalism, in contrast to Structuralism and this approach was based upon the observation  that the processes of the mind are actually very fluid and so it is impossible to move towards a structured framework that explains conscious experience in a sort of a one size fits all approach. James suggested the approach should be based upon questions about the how and why of human behaviour and the purpose of behaviour which reflects the purpose and function of the brain. James was interested in the underlying cause of behaviour and the mental processes involved.

This emphasis has shaped contemporary psychology and eventually led to the work of Sigmund Freud (1856-1939) and Psychoanalysis. Psychoanalysis dominated the field of Psychology in the early twentieth century and the focus was upon treatments based on making unconscious thoughts and intentions conscious, leading to the development of insight and behavioural change. Psychoanalysis was the original psychodynamic theoretical approach which was further developed by Jung, Adler and Erikson, with Jung having a significant impact upon the development of the field of Psychology.

Contemporary psychological perspectives include the behaviourists who favour a  scientific approach based upon reliance on controlled laboratory experiments and the rejection of that which can’t be quantified such as, unconscious forces.

In contrast, the humanistic approach emphasised Later, the importance of subjective experience and personal growth in terms of fully understanding human behaviour, and then during the 1960s and 1970s a cognitive revolution emerged within the field noted by a highly technical, structured, scientific approach to understand the processes of memory, perception, cognitive development and mental disorder. 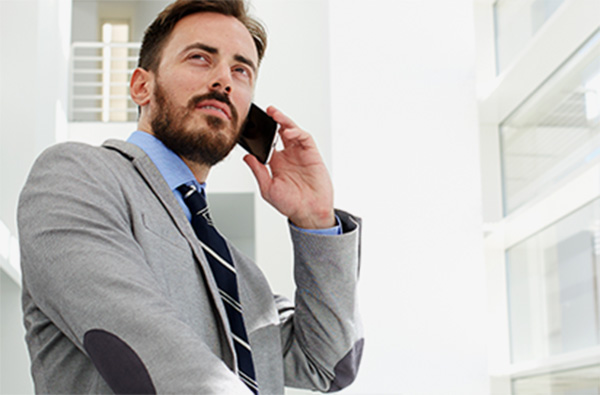 ePsychology is a form of psychological intervention delivered via information and communication technology. epsychology interventions have most commonly been applied in areas of health; examples are depression, anxiety, adherence to medication, and smoking cessation, in addition to psychological and vocational assessment. ePsychology concerns itself with information and communication technologies (ICTs) that are developed and used by psychologists and psychotherapists to help people. ePsychology can be applied in education, medicine, psychotherapy, and psycho-education.

Individuals can use the online tools as self-help resources and assessments, as well as sources of interactive, easily accessible professional support.

There are many examples of this including, mobile self-help apps, self-improvement web services, e-psychotherapy and online training programs.

ePsychology ensures that psychological services are available to wider audiences across the world, and people now have choice in terms of the utilisation of the service to better suit them and their life demands.

ePsychology is a rapidly developing field as new technologies become available such as, innovative mobile technologies, the Internet of Things, Virtual Reality, and robotics.

ePsychology compliments the face-to-face delivery of psychology services and provides an additional resource for the promotion of well being and the understanding of human behaviour. 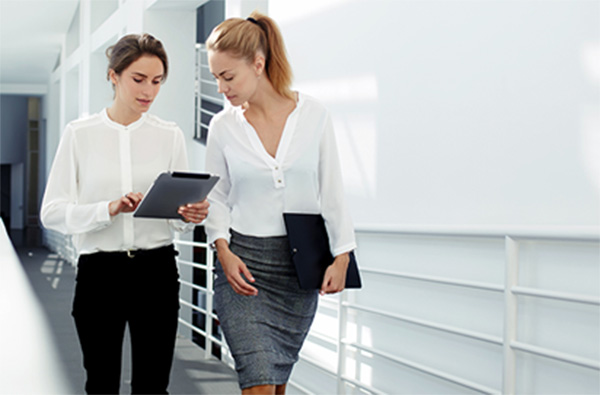 ePsychology Australia can help you discover yourself through our online assessment tools, which include test to measure your current well being; tests to reveal your personality and personal styles; tests to uncover your vocational personality and your matching career profile; and tests to help you develop a solid base of information about yourself which will help you to find true meaning and purpose in your life. This journey is complimented and supported by the meditation and mindfulness resources which have a solid evidenced based foundation.

Discover yourself through online personality, well being, vocational and psychological testing

A sophisticated vocational personality assessment based on Jung and Holland 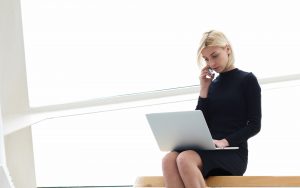 The Package includes the online administration and completion of the

Provision of the standardized reports associated with each of the assessment instruments.

Provision of an overarching comprehensive, professional report in which all the self information will be drawn together and placed within the context of the world of education, training and employment to provide you with your unique interface and vocational direction

About You Form which will provide us with the knowledge about where you’re currently at in relation to the world of education, training and employment.

ePersonal Style Survey (ePSS) which will provide further information about your general approach to life and situations.

Press the submit buttons following completion of each form.

A fastlink will be emailed to you for the online completion of the Jackson Vocational Interest Survey (JVIS) and the Personality Research Form E (PRF). The Package feedback will be forwarded within five business days following completion of the assessments. 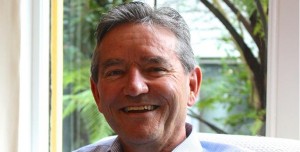 Charles Lucas BA (Macq,Psy) MA (Syd.Psy) Dip Clin Hyp, MAPS, MASCH has been a Psychologist and Vocational Psychologist for over forty four years after completing his undergraduate degree in Psychology at Macquarie University and his Masters degree in Psychology at the University of Sydney. Charles also holds qualifications in clinical hypnosis and Eye Movement Desensitisation Reprocessing and was recently recognised by the Australian Psychological Society for over thirty years of continuous membership.
Charles is a registered Psychologist with the Psychology Board of Australia (PSY0001137893). Charles has authored many articles including, newspaper columns and government publications over the years, and developed the vocational self assessment instrument, the Lucas Concept Analysis Technique (LCAT) and the Kuder Interest Card Sort (KICS). A former consultant to the NSW Government Workforce Management Centre for the management of displaced public servants, and consultant to the University of New England for the management of displaced staff, Charles conceived, developed and delivered the Life Planning Workshop in organisational, corporate and school settings.

Charles commenced the practice of psychology in 1976 with the NSW Vocational Guidance Bureau, where he was engaged as a Vocational Guidance Officer at the North Sydney and Lismore Offices, and later, as the District Guidance Officer/Local Area Manager of Vocational Services Branch/Department of Industrial Relations, Training and Further Education based at the Armidale Office, NSW, Australia. He continued into private practice in 1995 and subsequently established Vocational Guidance Services Pty Ltd with contractual arrangements with the Commonwealth Employment Service as a Special Intervention Psychologist; Centrelink as an Occupational Psychologist and Health Services Australia as a Specialist Consultant Psychologist with responsibility for disability support pension assessments and appeal reviews. This was in addition to a part-time careers counselling role at the University of New England, Armidale, NSW, Australia.
Read More

Charles is currently in private practice in Coffs Harbour, NSW, Australia, where he is passionately practising the art and science of counselling psychology, with specialised interests in depression, anxiety and posttraumatic stress disorder. Charles has been a registered Psychologist in NSW for over forty years, and is registered with the Psychology Board of Australia PSY0001137893. 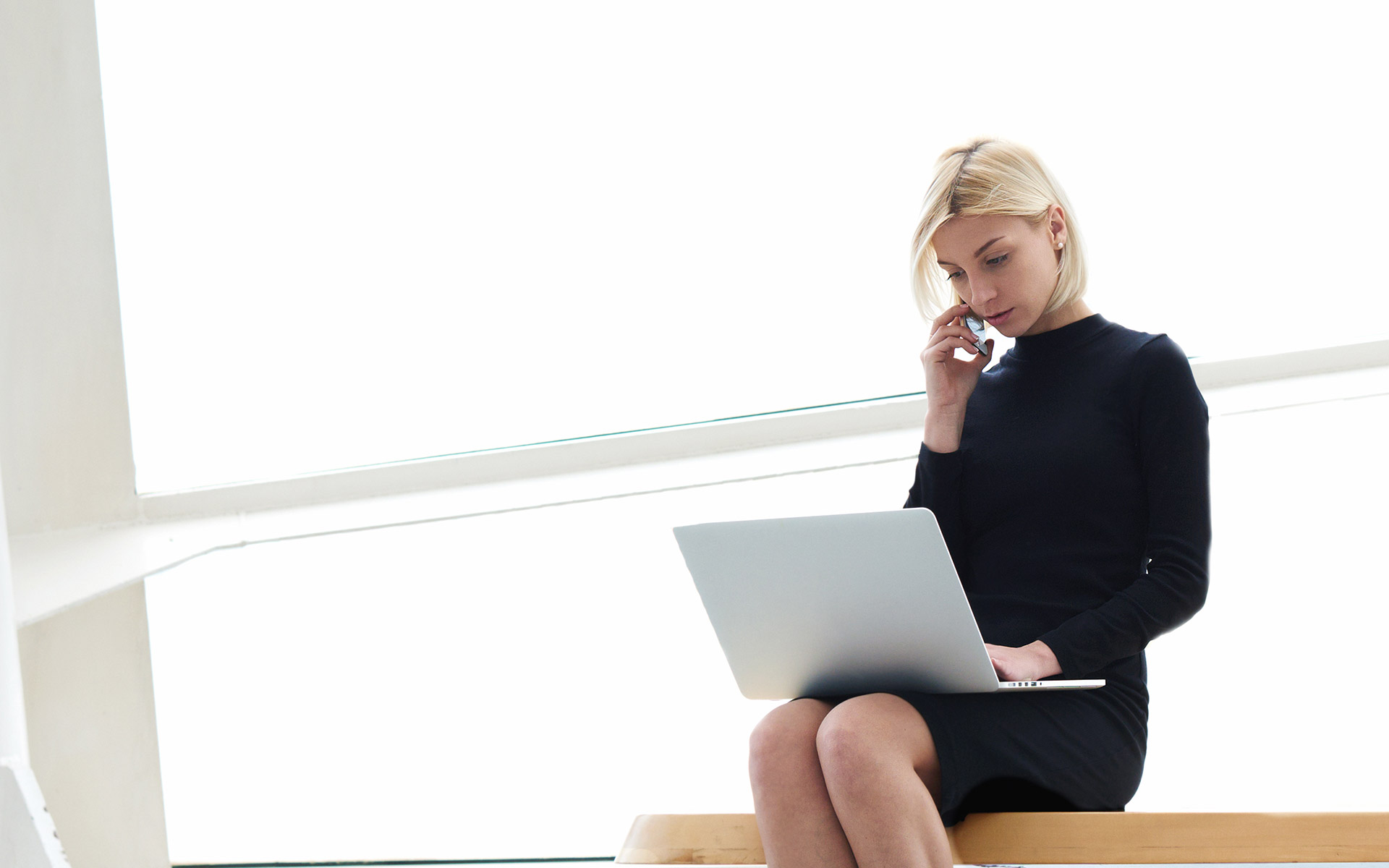 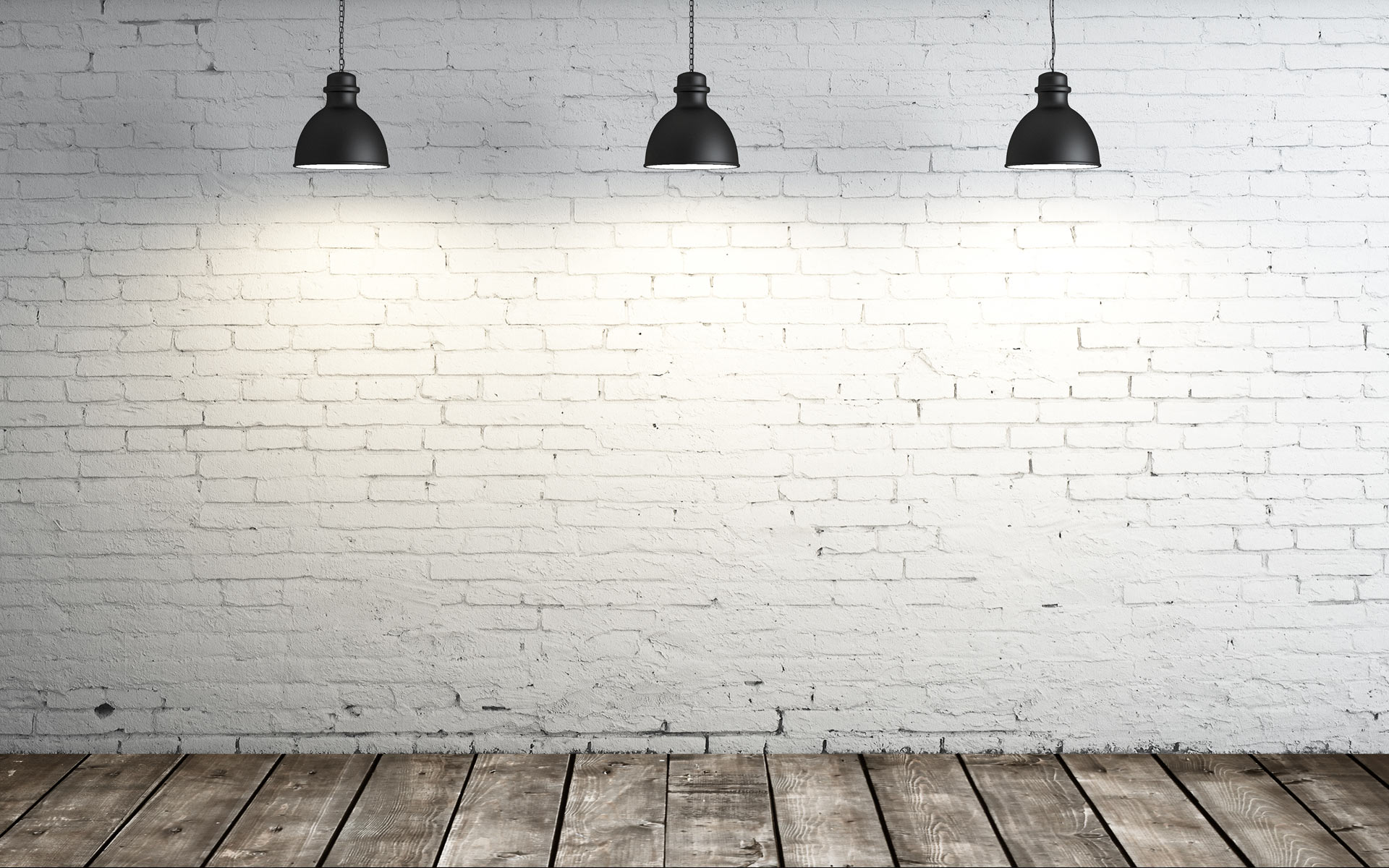